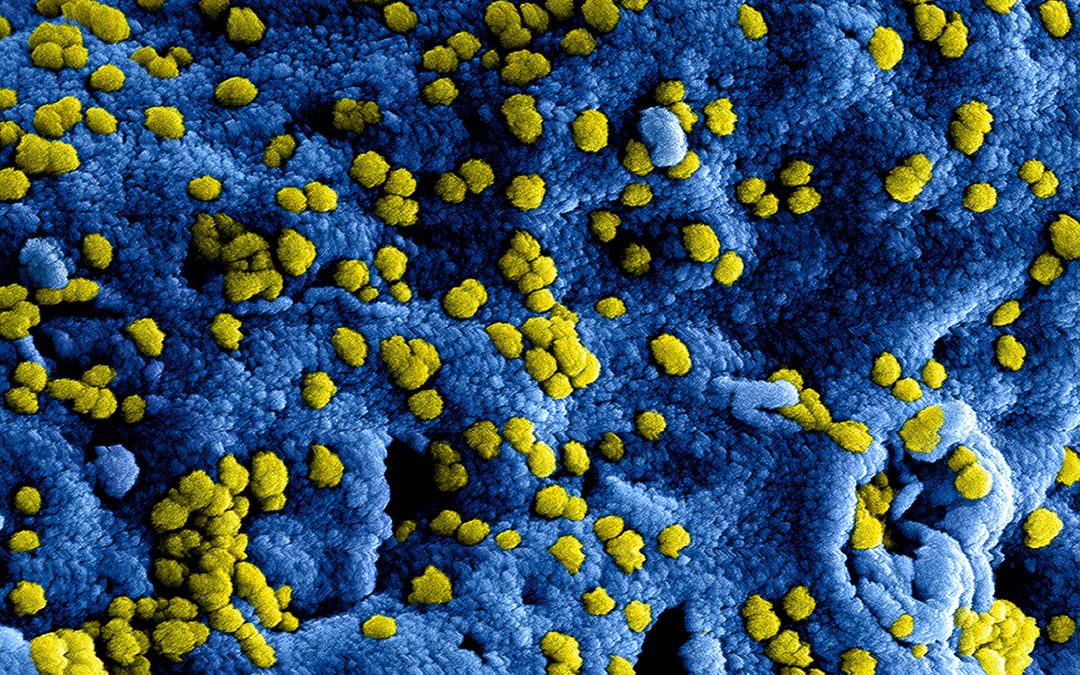 Human norovirus (NoV) is one of the most common, contagious stomach viruses worldwide. According to the Centers for Disease Control and Prevention, norovirus is the leading cause of illness and outbreaks from contaminated food in the United States. An infected individual will likely feel uncomfortable stomach symptoms as a result of the inflammation of the stomach or intestines. Diarrhea, vomiting, nausea, and stomach pain are the most common reported symptoms in infected individuals, with many also reporting fevers, headaches, and body aches. Most people will feel better in a few days, although they can be contagious for up to two weeks. The symptoms alone aren’t necessarily a cause for concern, but these symptoms could lead to dehydration, which can warrant medical attention.

How does Norovirus Spread?

Norovirus spreads through particles shed by carriers. The CDC estimates that hosts of the norovirus can shed billions of norovirus particles, and it might take as few as 10 for the infection to spread. These particles can pass through direct contact with an infected individual, but they can also spread through contaminated food or surfaces. If an infected person accidentally spreads particles from bodily secretions onto equipment or surfaces in food processing facilities, the food itself can hold the norovirus particles and spread it to the consumer. Moreover, if food is irrigated with water contaminated by NoV, the crop can pass the virus onto the end user.

How Chlorine Dioxide Can Stop the Spread of Norovirus

While individuals can implement certain hygienic measures to protect against NoV and other transmissible illnesses, food processing leaders must take extra steps to prevent an outbreak of norovirus. Because norovirus particles can spread through food packaging as a result of an infected person’s fluids, it’s important to have a thorough cleaning regimen prepared for the facility. Norovirus is unfortunately common, meaning that it isn’t a question of if your facility will have a norovirus outbreak, but when.

Jia Wei Yeap et al. (2016) published a study in the journal of Applied and Environmental Microbiology in which they confirmed that chlorine dioxide gas indeed “can serve as an effective method to inactivate a human norovirus surrogate on [stainless steel] contact surfaces.” The study focused on the effectiveness of chlorine dioxide gas in food processing facilities, and the results were clearly in favor of ClO₂ as a method of controlling human Norovirus spread in food processing facilities.

Fill out the form below to find out how Pure Line solutions can implement chlorine dioxide as a combatant to the detrimental human norovirus in your facility today.