The 5 Most Common Foodborne Illnesses 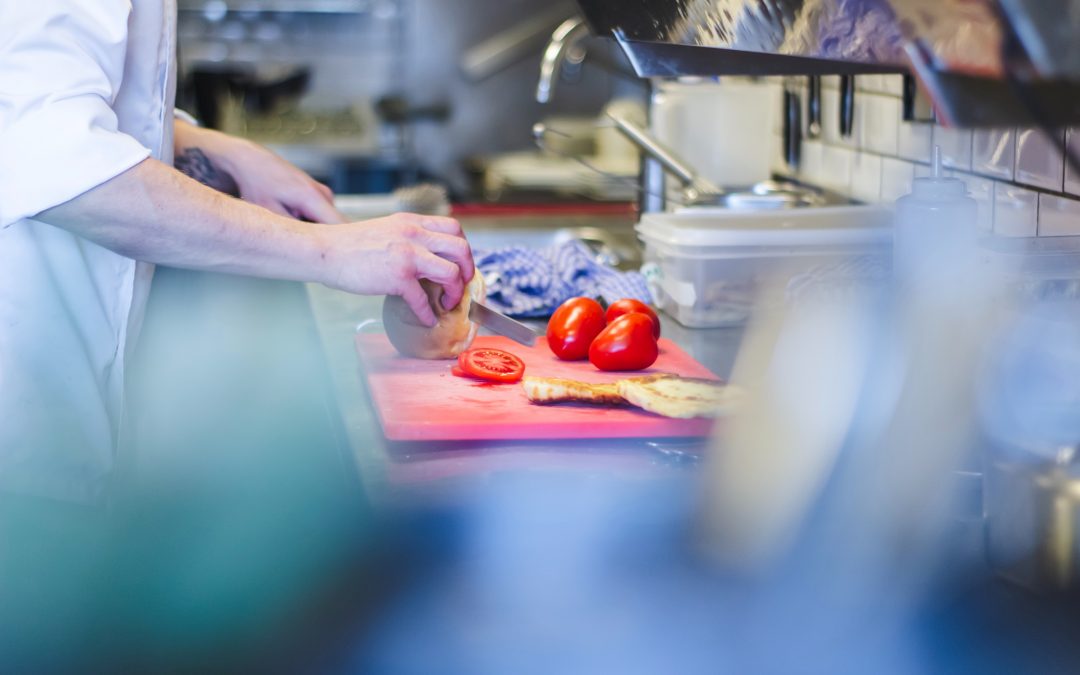 Millions of Americans are infected with foodborne illnesses each year, which results in some mild infections and some that turn far more serious. While the umbrella term “food poisoning” is used as a catch-all, there are distinct bacteria which commonly affect the general population. The top five germs which cause foodborne illnesses in the United States, according to the Centers for Disease Control and Prevention, are norovirus, salmonella, clostridium perfringens, campylobacter, and staphylococcus aureus.

Norovirus commonly manifests through diarrhea, vomiting, nausea, and stomach pain. If infected, it’s important for the host to stay away from others, as the illness can spread through not only food preparation, but also touching contaminated surfaces and coming into contact with an infected individual.

Salmonella causes over 1.35 million infections in the United States each year, and commonly manifests through uncomfortable symptoms such as diarrhea, fever, and stomach cramps. For some, the infection can get more intense and require an antibiotic treatment course. A few strains of salmonella can cause typhoid fever or paratyphoid fever, while some strains can cause more severe infections in the nervous system.

Clostridium perfringens causes almost 1 million infections in America each year, and is typically found in raw meat and poultry. The bacteria survives through spores, and often thrives in conditions where said meat and poultry is kept at an unsafe temperature. When an individual is infected, they will likely develop diarrhea and stomach cramps, and they will likely last for less than 24 hours. A clostridium perfringens infection cannot be spread from one individual with the illness to another, meaning that preventing an outbreak involves almost exclusively focusing on the conditions of meat and poultry preparation and storage.

Campylobacter bacteria similarly can spread through undercooked poultry, but it also can spread through other foods, such as seafood and produce, along with contact with animals and contaminated water. Campylobacter infection manifests through fever, stomach cramps, bloody diarrhea, and occasional nausea and vomiting. The symptoms frequently last about a week after ingestion of the bacteria, and can be confirmed through a laboratory test of stool, tissue, or fluids. The symptoms are often manageable on their own for the individual infected and only occasionally require a treatment course of antibiotics, as prescribed by a medical professional.

Staphylococcus aureus actually exists on a quarter of people’s skin and in their noses, but the staph bacteria can become problematic if it creates toxins which cause food poisoning. As the bacteria multiplies in contaminated food, it produces more toxins, increasing the likelihood of contamination. If infected, an individual will feel an almost instantaneous course of nausea, vomiting, stomach cramps, and sometimes diarrhea. The staph food poisoning typically lasts no longer than twenty four hours, and often spreads through poorly handled or undercooked food, such as meats, meaning that it cannot spread from person to person.

How Can Individuals Prevent Foodborne Illnesses?

The Centers for Disease Control and Prevention recommend “four simple food safety tips: clean, separate, cook, and chill” in order to prevent foodborne illness infection. Clean refers to washing one’s hands, utensils, countertops, produce, and other kitchen surfaces frequently. Separate is in regards to cross-contamination, as the Center stresses the importance of separating raw meats from one another and keeping food in individual containers. Cook refers to ensuring that all food is prepared to the right temperature, which can be done by using a food thermometer. Lastly, chill means refrigerating food promptly upon purchasing or taking it home. When going out to eat, individuals can make informed choices by researching restaurants’ health and safety inspection scores and eating any leftovers within three days.

Food processors can work to prevent foodborne illnesses in their facilities by ensuring proper safety, preparation, and storage practices. Similar to individual prevention, facilities must follow the CDC’s guidelines for temperature regulation and sanitation throughout the building. Both in preventative efforts and damage control for existing outbreaks, consider using chlorine dioxide, a gentle yet powerful disinfectant trusted across the food safety industry. PureLine has been a trusted leader in the sanitation and disinfection fields for over 25 years, with significant experience using chlorine dioxide to disinfect food contact surfaces and processing facilities.  Fill out the form below to see how PureLine Solutions can connect your food processing facility with preventative chlorine dioxide treatment or fumigation services in order to reset your environment from any present bacteria.